Washington Federal — a $16.4 billion regional institution based in Seattle — had a problem: many in the general public didn’t realize exactly what it did. Was it a federal government agency? Was it a credit union? To make it clearer, the company recently rebranded itself to WaFd Bank.

“Banking is a noble profession,” says WaFd President and CEO Brent Beardall on the latest episode of the ABA Banking Journal Podcast. “We were very happy to put the word ‘bank’ in our name and tell people what we do.” Among the unique things that WaFd Bank does: holding consumer mortgage loans in portfolio, allowing it to be more flexible with customers in tough times; as well as making paycheck replacement loans to government employees during the most recent government shutdown.

Beardall also discusses WaFd Bank’s performance and growth in markets that range across the west from Washington state to Texas; the role of midsize regional banks in the nation’s financial ecosystem; and WaFd Bank’s technological and cultural evolution to be a digital-first institution, including being more tolerant of failure and experimentation. 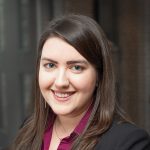