A century ago, Calvin Coolidge took office as vice president. When he succeeded to the presidency, he became a rare president with banking industry experience, serving as a lawyer, corporator, trustee and eventually president of a mutual savings bank in Northampton, Massachusetts, for many years. Then, in office, many of his key officials and advisers were also bankers, including Andrew Mellon, Charles Dawes and Dwight Morrow.

On this Presidents Day bonus episode of the ABA Banking Journal Podcast — sponsored by NICE Actimize Xceed — Coolidge biographer and bestselling historian Amity Shlaes discusses Coolidge’s personal and professional background, relationships with banks and bankers and how these shaped his economic policy in the 1920s. 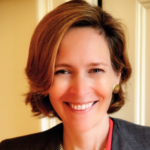