Total nonfarm payroll employment rose by 280,000 in May, up from last month’s revised estimate of 221,000. The unemployment rate rose slightly to 5.5 percent. The Federal Reserve has placed its full-employment estimate between 5 percent and 5.2 percent. 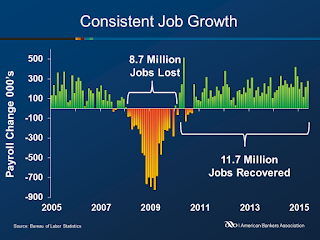 Health services posted strong numbers again, with healthcare and social assistance adding nearly 58,000 jobs. Leisure and hospitality added 57,000 jobs, up sharply from a gain of 10,000 in April. Professional and business services added 63,000 jobs for the month and over 671,000 for the year.

Mining industry employment declined for the fifth month in a row, falling 17,000 in May. Since the beginning of the year, mining employment has fallen by 68,000.

The number of long-term unemployed, those jobless for 27 weeks or more, was little changed at 2.5 million. This group accounts for 28.6 percent of the unemployed. The number of discouraged workers—those not looking for work because they believe no jobs are available, was 563,000—down 134,000 from a year ago.