The Consumer Financial Protection Bureau today outlined proposals under consideration that would require businesses to make a consumer’s financial information available to them or a third party at the consumer’s direction. Before issuing a proposed rule, the CFPB must convene a panel of small businesses that represent their markets to provide input. 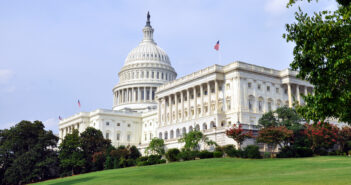 As the CFPB continues work on its Dodd Frank Act Section 1071 rulemaking—which relates to the collection of small business lending data—the bureau will hold two events in the coming weeks to discuss technical implementation of the rule’s reporting requirements. As the Senate considers the 2023 National Defense Authorization Act, ABA and the Bank Policy Institute urged lawmakers to omit language that would create a designation for “systemically important entities,” including large banks, for the purposes of assessing risks to critical infrastructure entities. Under pressure from Republican lawmakers to define what he meant by “junk fees”—a term coined by the bureau as part of a media campaign—CFPB Director Rohit Chopra would not offer any formal definition. 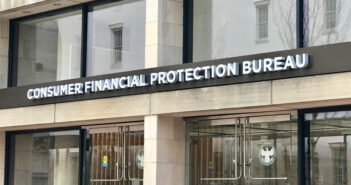 The Consumer Financial Protection Bureau today said it would invoke a “largely unused” authority under the Dodd-Frank Act to directly examine nonbank financial services providers. “Given the rapid growth of consumer offerings by nonbanks, the CFPB is now utilizing a dormant authority to hold nonbanks to the same standards that banks are held to,” said CFPB Director Rohit Chopra. Podcast: James Ballentine reflects on his career in banking advocacy

After 22 years at ABA, the association’s top lobbyist James Ballentine will soon retire. In this special episode of the ABA Banking Journal Podcast, Ballentine reflects on lessons learned during his career in Washington and shares tips both on effective banking advocacy and on promoting diversity and inclusion in banking.