After a period in which people banking industry experience were not often considered for federal regulatory or oversight roles, banking industry talent is coming back into top government roles, ABA President and CEO Rob Nichols says on the latest episode of the ABA Newsbytes Podcast. “It had been in fashion for so long for people with banking sector backgrounds not to be considered for these senior positions in government,” Nichols says. “I think that was just misguided personnel policy. The fact that the new administration is open at looking at people with a banking background for these positions is great and I think it will lead to a better set of public policy outcomes.”

Nichols cited examples like Jerome Powell, the first non-economist nominated to lead the Fed since the 1970s, and his former Treasury colleague Randal Quarles, who is now the Fed’s first vice chairman for supervision and whose agenda Nichols expects to include a full review of post-Dodd-Frank rules, exam and cybersecurity harmonization.

In the 25-minute podcast, Nichols also discussed the CFPB acting director kerfuffle with co-hosts Evan Sparks and Shaun Kern. Looking past the immediate interim period, Nichols says he hopes the new permanent director will emphasize not just “highly regulated, highly scrutinized banks” but also “play a role to make sure that consumer protections are honored” with nonbanks and new financial entrants.

Nichols outlines the busy December we’re expecting in Washington, D.C. — including tax reform, a bipartisan regulatory reform deal and the need to avoid a government shutdown by Dec. 8 — and discussed how ABA is positioning the industry to succeed in an evolving fintech environment, cultivate a more diverse workforce and meet the challenge of ongoing consolidation. 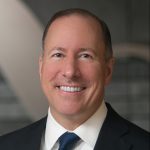