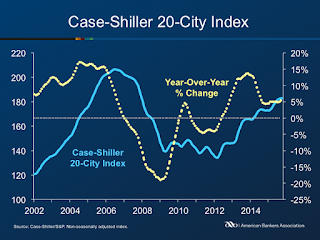 On a monthly basis, the National Index and 20-City Composite each reported month-over-month gains of 0.1 percent, while the 10-City Composite was unchanged, before seasonal adjustment.