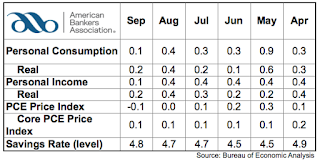 Wages and salaries decreased $3.7 billion in September, after increasing $36.0 billion in August. The decline was attributable to decreases in the private goods-producing industry and manufacturing.