On a monthly basis, the 10-City and 20-City Composites both reported increases of 0.5 percent, the largest gain since July 2014, while the National Index gained 0.1 percent. 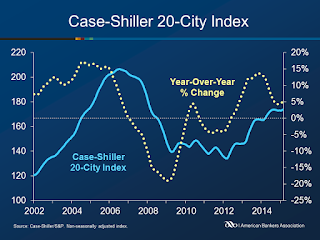